You are here: Home / The Montessori Philosophy

Understand how the Montessori Training not only concentrates on the growth of a Montessori Adult who can cater to the child through the philosophy but also inspires the growth of an individual, as a person for a lifetime.

Maria Montessori was a truly remarkable woman. She felt that children teach themselves and this truth inspired her lifelong search at educational reform, psychology and teacher training which is based on her observations of how children learn.

The ‘prepared environments’ and the role of the adult in the Montessori classroom are the main features which distinguish the Montessori method from other approaches in education. Maria Montessori observed that when children are given the freedom in an environment which is suited to their needs, they become responsible and self disciplined individuals. 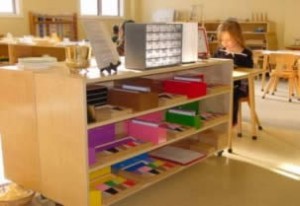 Montessori schools have been in existence since Dr. Maria Montessori, educator par excellence and Italy’s first woman physician, started the first class in Rome in 1907. The effectiveness of the system, and the fact that it has become a part of the global educational landscape in the hundred plus years since its existence, can also be attributed to the fact that the methodology was developed by Dr. Montessori based on rigorous scientific observation and inference.

Today, all over the world, there is a growing need for trained, enthusiastic and competent teachers. With the increase in standards of living around the world, and with the increased integration of communities all around the world, even in preschool and nursery education there is a growing awareness on the need for quality education which could in turn build better citizens for a better tomorrow. It is our sincere intention at the RTI Montessori Teacher Training Course to aid in this critical process.

Enjoy this 5 minute YouTube video on one parent’s perspective of the core contrast between Montessori and conventional schools: